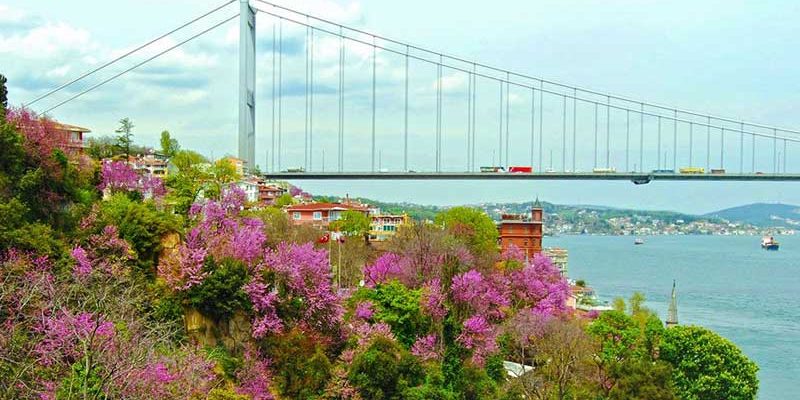 The Bosphorus Tour is one of the great processes to see Istanbul in its full glory, from the peaks of Sultanahmet tourist sites to the famed Ottoman waterfront mansions (Sahil Yalıları in Turkish). Istanbul is one of the most important cities on our planet. Lying between the 2 continents of Europe and Asia, Istanbul connects the eastern and western world. It has a rich and complex history that has influenced many civilizations, including the Greeks, Romans, and Ottomans. Of course, Its historical emphasis will be reflected in the İstanbul’s food, architecture, and sites.

Among all the alternative activities you can do while staying in Istanbul,  a boat trip on the Bosphorus is unique and a magical experiment.

The Bosphorus Strait, which separates Istanbul in half and connects the Marmara Sea to the Black Sea is one of the symbols of the city. It is an unrivaled and fantastic strait in the world of 32 km in length, splitting a city in two, but also  Asia and Europe. 3 Great suspension bridges span it and an infinite stream of boats pass through it 24 hours of seven days. 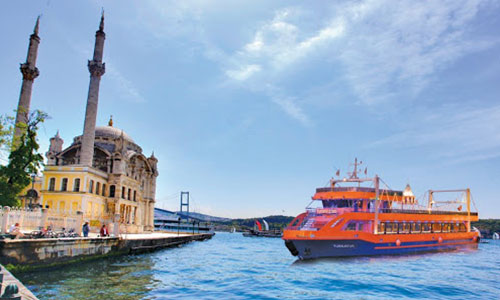 Here is a summary of one of the Bosphorus Tour;

We will pick you up from your hotel at 08.00- 08:30 for morning Bosphorus cruise and excursion tour. You will cruise on the İstanbul Strait to allow you the prime perspective from which to see the best palaces, pavilions Ottoman houses, and seaside neighborhoods along the shores of that famous and historic waterway linking the Marmara Sea and the Black Sea. The Marmaray project ensures a unique chance to make a linkage between the Asian and European continents by metro-train in a sub-sea tunnel. Planned to withstand earthquakes, this is the planets first undersea tunnel that links two continents. The colossal rail system of Marmaray Project was launched out and opened on October 29, 2013, following four -4-  years of construction delays that were largely due to the detection of ruins dating from the Ottoman, Hellenistic, Roman and Byzantine sessions.

Please kindly contact us for more detailed information about our Bosphorus Tour and all other city tours.