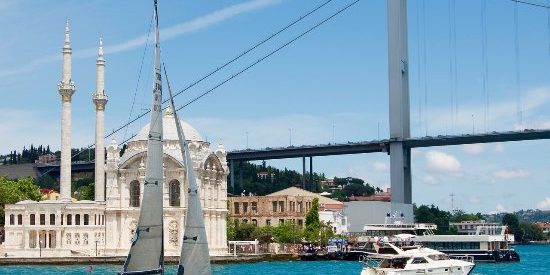 By taking Bosphorus Tours Istanbul, you can enjoy what Istanbul has to offer from a different angle.The Istanbul Bosphorus, which divides the Istanbul city in half and connects the Marmara Sea to the Black Sea is one of the symbols of the city. 3 big suspension bridges span it and an unending stream of boats pass through it 24 hours of 7 days. It is an unrivaled strait in the world of 32 km in length, division a city in two, but also Asia and Europe.

Istanbul is Turkey’s most crowded city and its financial and cultural centre. Located on both sides of the strait, the narrow strait between the two seas (the Marmara Sea and the Black Sea), Istanbul links Europe and Asia both culturally and physically. Istanbul with its historical chersonese, numerous historic and scenic sites, the city is a magnificently unique city that has been the capital to plenty civilizations from past to present and still keeps to be home to residents from all over the world.  Istanbul’s population is about up to 20 million, making it one of the largest cities in Europe and the world. 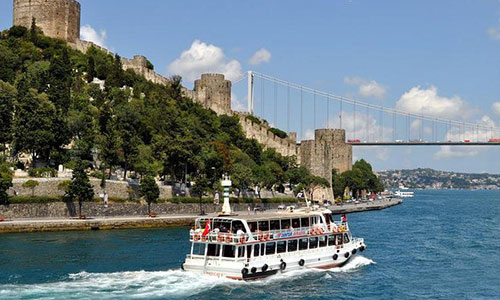 For Bosphorus Tours Istanbul, guests will be picked up from your hotel about at 08.00- 08:30 for morning Bosphorus cruise and sightseeing tour. Guests will cruise on the Istanbul Bosphorus to let them the prime perspective from which to view the best palaces, Ottoman houses, pavilions, and seaside neighborhoods along the coasts of that famous and historical waterway connecting the Black Sea and the Marmara Sea. The Marmaray train provides an inimitable chance to make a connection between the Asian and European continents by train in a sub-sea tunnel. Designed to withstand earthquakes, that is the worlds initial undersea tunnel that connects two continents. The giant rail system of Marmaray Project was started and opened on October 29, 2013, following four years of construction delays that were largely due to the exploration of ruins dating from the Roman, Hellenistic, Byzantine and Ottoman sessions.

You can reach us for more detailed information about Bosphorus Tours Istanbul.