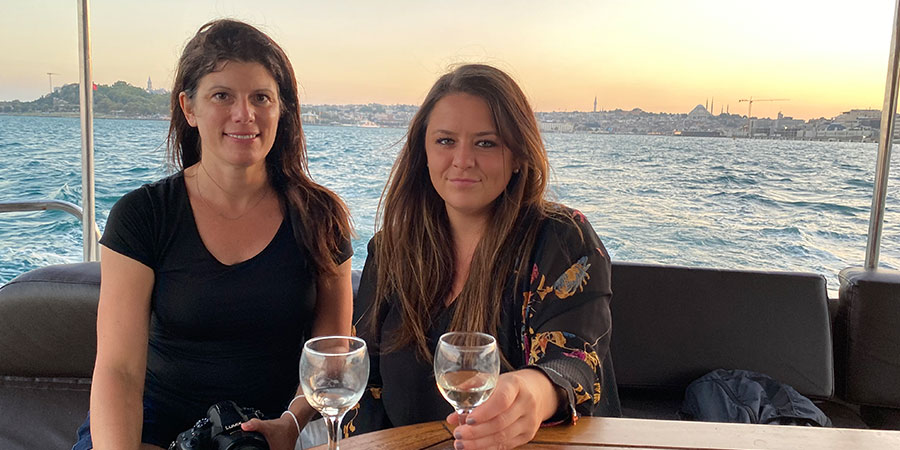 Istanbul Dinner Cruise is one of the most stunning dinner cruises in the world, witness the famous Blue Mosque, Maiden’s tower, and Rumeli Fortress and more on this one. While you’re enjoying your tasty meals, enjoy it in the company of live entertainment with your loved ones.

Begin your evening with pick up from your hotel before heading to the port to embark on our 3.5 hours evening Bosphorus cruise from Istanbul. Dine-in style as you cruise past illuminated city landmarks like  Maiden’s tower, Dolmabahçe Palace, Çırağan Palace Kempinski, Ortakoy, Rumeli Fortress, Beylerbeyi, and the Fatih Sultan Mehmet Bridge (Second Bridge) on this 3.5 hours evening cruise along the Bosphorus… Enjoy typical traditional cuisine, then settle back to enjoy some local entertainment, including belly dancing and folk music. See the sunset over the Istanbul Bosphorus and cruise. After dinner marvel at Turkish belly dancers while an Anatolian folklore show. After your vessel docks, your experience ends with drop off at your Istanbul hotel.

Some places to see in the “Istanbul Dinner Cruise” 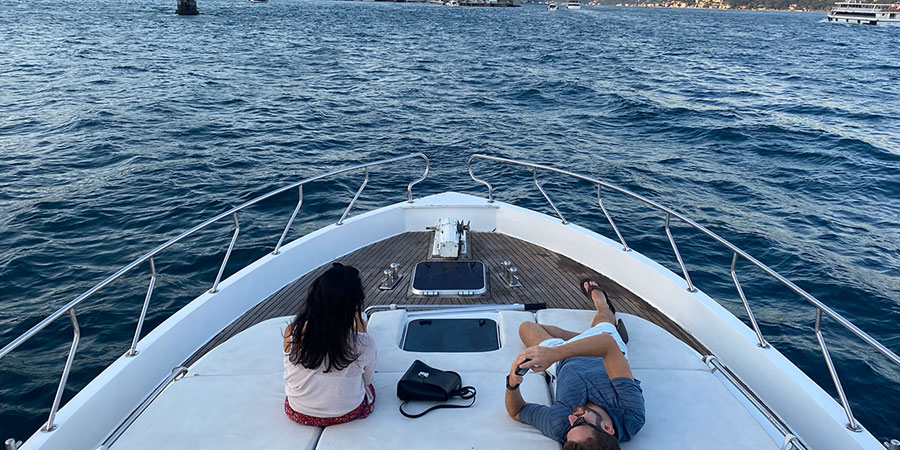 The Bosphorus Bridge is one of the three bridges that links the Asian and European sides of the city… It stretches from Beylerbeyi on the Asian side to Ortakoy on the European side and is sometimes referred to as the First Bridge.

Maiden’s Tower means “Maiden’s Tower” in Turkish. The name arrives from a legend: the Byzantine emperor heard a prophecy telling him that his beloved daughter would die at the age of eighteen by a snake. So he decided to put her in that tower constructed on a rock on the Bosphorus isolated from the land thus no snake could kill her.

Galata Tower is the Romanesque style tower. It was constructed as the Tower of Christ in 1348 during an expansion of the Genoese colony in Constantinople ( Istanbul’s old name). Galata Tower was the highest building in the city at 66.9 m when it was built in 1348.

Dolmabahçe Palace is a palace-museum situated in İstanbul. The palace was made in the 19th century during the period of Sultan Abdulmecid. After the foundation of the Turkish Republic, the palace was used as a Presidential Residence until 1949. The palace was used for diplomatic meetings until 1984 when it became a museum.

Rumeli Fortress is an Ottoman fortress dating to 1452. It was made by the Ottoman Sultan Mehmed II (Mehmed the Conqueror) in preparation for the conquest of Constantinople. The castle is located on the shore of the Istanbul Bosphorus at its narrowest point with approximately 660 meters. You can click dinner curise istanbul.

The places you will see during the tour are not limited to these. Please contact us to join one of our ‘’Istanbul Dinner Cruise‘’ programs.