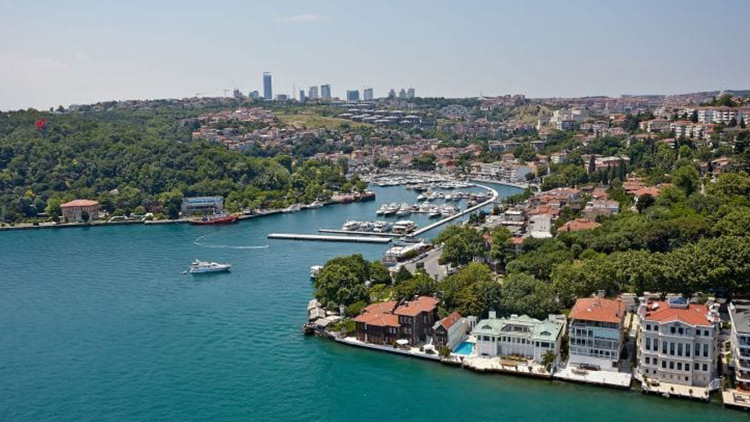 Also, Sarıyer administers the Black Sea shore to the west of the mouth of the Bosphorus including the village of Kilyos. The Sarıyer district has a population of approximately 260.000.

Bosphorus villages of Sarıyer, backed by steep hills, were once pastoral fishing communities. Later, they became retreats for the İstanbul’s wealthy. In Ottoman times, the sultans came to these villages for excursions and picnics. 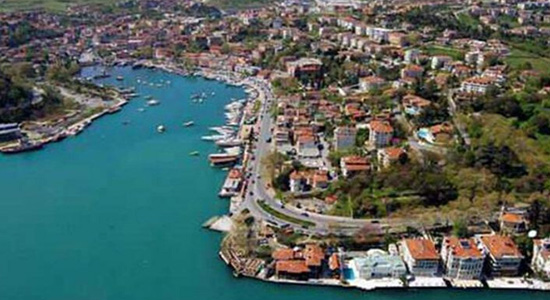 In the summertime, beaches in Kilyos get very busy, this is where local people go swimming in the Black Sea. And especially, summer evenings all moderate fish restaurants at Rumeli Kavagi get crowded mostly at the weekends and holidays. There are few small villages and many green areas after Rumeli Kavagi.

There is Belgrade forest which took its name after the conquest of Belgrade by the Ottoman army, a few kilometers inland of Sariyer, on the road to Kilyos. It’s a huge forested area with some little lakes and used to be the hunting field of the Ottomans. Now, the forest is very famous for joggers and picnickers in every season.

Emirgan is one of the  Bosphorus communities of Sarıyer include. It is a former retreat from the city, backed by a hillside still green in spite of the latest construction of villas within it. Emirgan is named for the Ottoman lords that came here on excursions.

To have a marvelous day and view the Sarıyer from the sea, you can contact us for our Sarıyer Bosphorus Tour schedules.