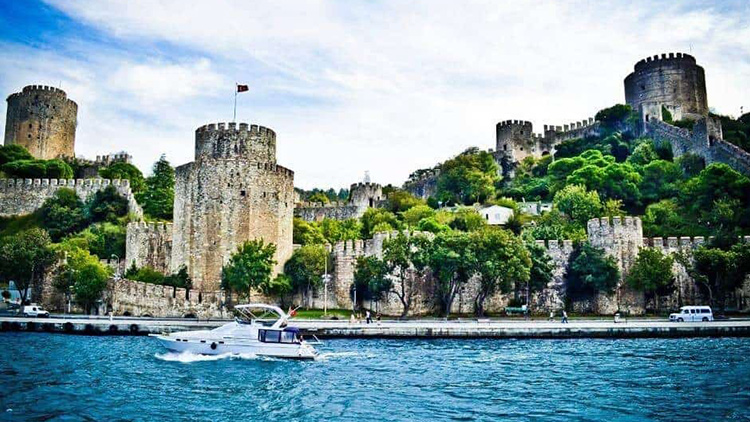 You can watch Rumelihisarı from the sea with one of the cruises, such as the Rumeli Hisarı Bosphorus Tour. Rumelihisarı also is known as Rumeli Hissar and Rumelian Castle or Boğazkesen Castle is a mediaeval castle in Istanbul, on a series of hills on the European coasts of the Istanbul Bosphorus. Also, that castle gives its title to the immediate neighborhood around it in the Istanbul’s Sarıyer district.

Conceived and constructed between 1451 and 1452 on the orders of Turkish Sultan Mehmed II , the complex was commissioned in preparation for a planned Ottoman siege on the then-Byzantine city of Constantinople, with the target of cutting off maritime military and logistical relief that could potentially come to the Byzantines’ aid by way of the Istanbul Strait, hence the fortress’s another name, Boğazkesen, i.e. “Strait-cutter” Castle. 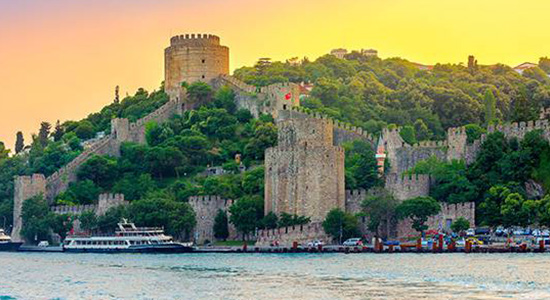 Its older sister  structure, Anatolian Fortress (” known as Anadoluhisari “), sits on the opposite banks of the Bosphorus, and the 2 fortresses worked in tandem during the final siege to throttle all naval traffic along the Strait, thus helping the Turks achieve their target of making the city of Constantinople their new imperial capital in 1453. (Constantinople later renamed Istanbul).

After the Turks conquest of the city, Rumelihisarı served as a customs checkpoint and occasional prison, especially for the embassies of states that were at war with the Ottoman Empire. After suffering wide damage in the Great Earthquake of 1509, the fortress was repaired and was used continuously until the late 19th century.

Nowadays, the Rumeli Hisarı castle is a popular museum for the public, and further acts as an open-air venue for concerts, special events, and art festivals.

To have a pleasing day and see the fortress from the sea, you can contact us for our Rumeli Hisarı Bosphorus Tour schedules.

By the way you can also click Sarıyer Bosphorus Tours