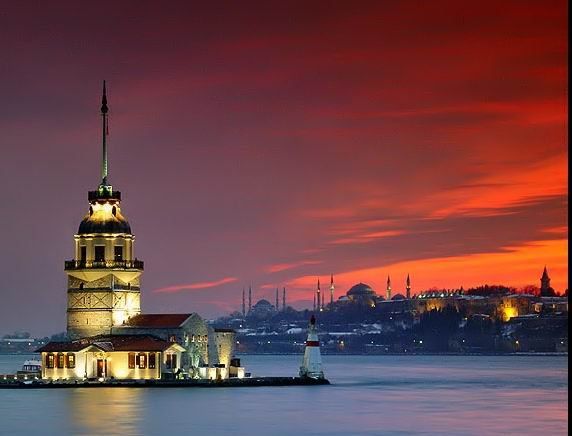 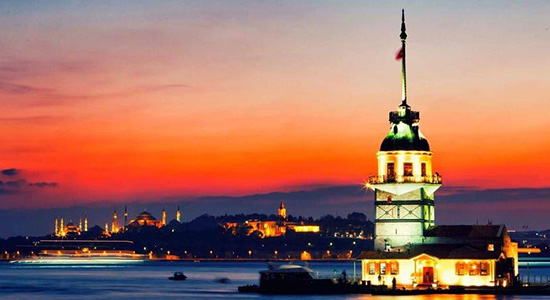 Even though it isn’t definite as to when the Tower was constructed, its architectural style is told by some sources to be from around 340 BCE.

Its previous names were Damalis and LeandAthens King Kharis’ wife’s name was Damalis. When she died, Damalis was buried on the shore, and the name Damalis was given to the Tower. And the tower was also known during Byzantine period as “arcla” that means “a little castle”

Kız Kulesi (The Maiden’s Tower ) has been used for several different aims over time, like a tax collection zone from merchantman, a defense tower, a lighthouse, etc. For example, throughout the cholera epidemic in 1830, it was used as a quarantine infirmary and radio station. It has undergone renovations and presently functions as a restaurant open to the public owned by a private company.

Nowadays, The Maiden’s Tower is a very popular and classy restaurant and bar. It offers 360-degree views of the İstanbul Bosphorus and the old city, particularly at night. A lot of shuttle vessels are going to the tower at certain times from  Salacak (Üsküdar) neighborhood on the Asian side of Istanbul and Kabataş neighborhood on the European side. Also, it is a popular place for summertime weddings. It is closed on Mondays.